When will the Canada citizenship rules be updated? 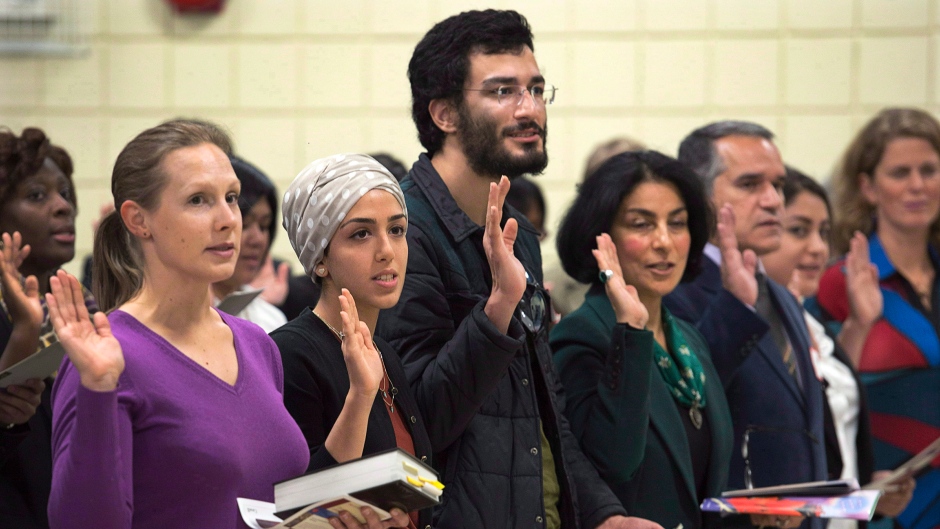 New Canadians take the oath of citizenship at a ceremony in Dartmouth, Nova Scotia.

It’s been some time since the promised changes in the citizenship rules started on its path towards becoming law. Bill C-6 has been working its way through the legislature since February of 2016.

These are the steps C-6 has taken:

Standing Committee on Citizenship and Immigration

The Senate passed the bill, but introduced three amendments, which means the bill gets sent back to the House of Commons, where Liberals will decide whether to accept the changes or not. If they don’t, it goes back to the Senate again. Government House leader Bardish Chagger’s office said Wednesday amendments will be brought to the floor for debate “in due course.”

What are these amendments?

The bill’s sponsor, independent Sen. Ratna Omidvar, championed in particular an amendment, introduced by independent Sen. Elaine McCoy, that improves due process for people who are facing revocation of their citizenship due to fraud or misrepresentation.

After the Conservatives’ Bill C-24, revocation processes were streamlined such that people weren’t automatically granted a right to defend themselves if their citizenship was about to be taken away. The Liberal Bill C-6 didn’t reverse this change.

“Without this amendment,” said a statement from Omidvar’s office, “Canadians face an unjust administrative process and fewer safeguards than anyone wishing to challenge a parking ticket.”

Previous immigration minister John McCallum had told senators Liberals would “welcome” an amendment addressing this, but new minister Ahmed Hussen has not indicated support one way or the other.

The other two amendments:

1) Change language proficiency requirement to 60, from 55, proposed by the Liberals. (It’s at 64 now)
2) Minors can apply for citizenship, separate from parents and guardians.

It has been a long time coming, but we are cautiously optimistic that the Liberal governments will accept the three amendment, so the citizenship bill C-6 can finally become law.