B.C. Spends Less On Health, Has Healthiest Population in Canada 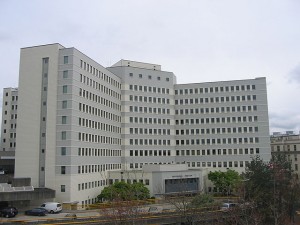 Vancouver General Hospital in British Columbia, Canada. B.C. is ranked as having one of the best health care systems in Canada thanks to high ratings on the health-related lifestyle habits and health outcomes of its residents (Arnold C.)

British Columbia has the healthiest residents among the Canadian provinces according to a new Conference Board of Canada (CBoC) study.

The B.C. provincial government spends less than almost all other Canadian provinces on health care, but still comes out on top in the health care ranking thanks to the healthy lifestyles of B.C. residents, who have the lowest smoking rates in the country.

Lifestyle Factors measures the behavior of a province’s population that affects health, including the rate of smoking, heavy drinking, obesity, fruit and vegetable consumption and physical activity.

B.C. has the best score in both the Lifestyle Factors and Health Status categories, which was enough to earn it one of only three As granted in the Overall Performance rating.

The other provinces scoring an A in Overall Performance were Alberta and Ontario. Both provinces have more government spending on health care than B.C., and both received a higher score in Health Care System Performance, which measures disease screening, waiting times and accessibility for procedures, effectiveness of treatments and the appropriateness of treatments.

Residents of Alberta and Ontario fell short of British Columbians in their health status however, with lower birth weights, higher infant mortality, and more years of life lost to illness.