Burlington, Ontario Ranks as Best City in Canada for Immigrants 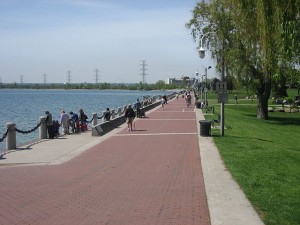 Burlington, Ontario, pictured above, was ranked as the best place to live in Canada for new immigrants by MoneySense magazine in their 2013 quality of life index (Andrew Lynes)

MoneySense, a Canadian personal finance magazine, has released its annual Best Places to Live for 2013 index, and Calgary takes the number one spot as the best place to live in Canada overall, while Burlington, Ontario is ranked as the best city for new immigrants.

The index scores cities according to 11 groups of indicators, which include commuting, crime, housing, weather, and wealth, and which are weighted according to what the authors think is most relevant to quality of life.

Calgary and Burlington both ranked at the top largely thanks to their strong economies, which gives them an average household income of $125,733 and $110,031, respectively.

The index’s Best Places to Live for New Immigrants ranking also looks at the percentage of the city’s population that is made up of immigrants, and the cost of a one bedroom apartment, to tally its final score, based on the assumption that a large existing immigrant population and affordable rent make it easier for a new immigrant to settle in a city.

One notable omission from the top rankings was Vancouver and its neighbouring municipalities. Vancouver historically has ranked at the top of not just Canadian, but international quality of life indices, but MoneySense gave the city a ranking of 52nd in its overall index, while it performed better in the Best Places for New Immigrants index, at 10th, thanks to its large existing immigrant communities.

North Vancouver was the best performing municipality in the Greater Vancouver region, at 21st overall, followed by Port Coquitlam, at 31st.

Besides Calgary, other major Canadian cities that placed high in the rankings were:

Nearly all of the top ranking major cities were Western Canadian, thanks to the relatively strong economic performance of the region in recent years.