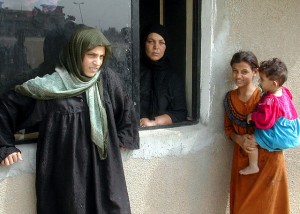 While visiting Citizenship and Immigration Canada’s (CIC) office in Ankara, Turkey, Immigration Minister Jason Kenney announced that the federal government will resettle up to 5,000 Iraqi and Iranian refugees who are currently residing in Turkey.

The move is intended to relieve pressure from Turkey, which is dealing with a massive influx of Syrian refugees.

Kenny said that the federal government would only accept “bona-fide” refugees that the United Nations High Commissioner for Refugees (UNHCR) designates as refugees.

CIC says that the resettlement plan is intended to partly fulfil the commitment it made in 2009 and 2010 to resettle up to 20,000 Iraqi refugees.

The Canadian refugee program is among the most generous in the world, with only one country, Australia, accepting more per capita every year.

The government has increased the number of refugees it resettles every year for the past three years. It plans on admitting 14,500 refugees and other individuals on humanitarian and compassionate grounds this year.