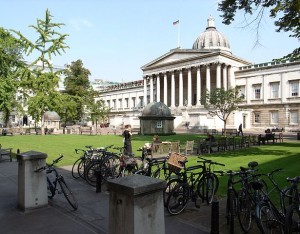 Graduates of British post-secondary institutions like University College London are struggling to find jobs in the UK's stagnant economy, and the Canadian immigration ministry wants them to consider immigrating to Canada to fill the country's labour shortages.

Canadian Citizenship and Immigration Minister Jason Kenney will visit London next week in order to promote Canada as a destination for educated young Britons struggling in the UK’s job market.

In an interview with the British newspaper, the Telegraph, Kenney said that Canada wants to compete with Australia for young skilled British expats. He is scheduled to meet UK Immigration Minister Mark Harper during his London visit to market the economic opportunities that exist for young Britons in Canada.

In the interview, he said that to attract young expats, the length of time foreign workers need to work in Canada to qualify for permanent residence is being reduced from 24 months to one year, a reference to coming changes to the Canadian Experience Class immigration program.

Kenney also said that the length of time young foreign workers, aged 18-35, can stay in Canada on temporary work permits will be doubled to two years from the current one.

The International Experience Canada (IEC) program, under which 18-35 year non-Canadians from qualifying countries can receive one year Canadian work permits, or ‘working holiday visas’, is the only Canadian immigration program targeting the 18-35 demographic, so Kenney was apparently referring to the work permits issued under this program being extended to two years.

The purpose of the IEC program is to allow young visitors to Canada to work during their extended holiday, for the purpose of funding their stay in Canada. Canada has reciprocal working holiday agreements with most developed countries, including Australia, the UK, Denmark, France, Germany, Hong Kong, Ireland and Japan.