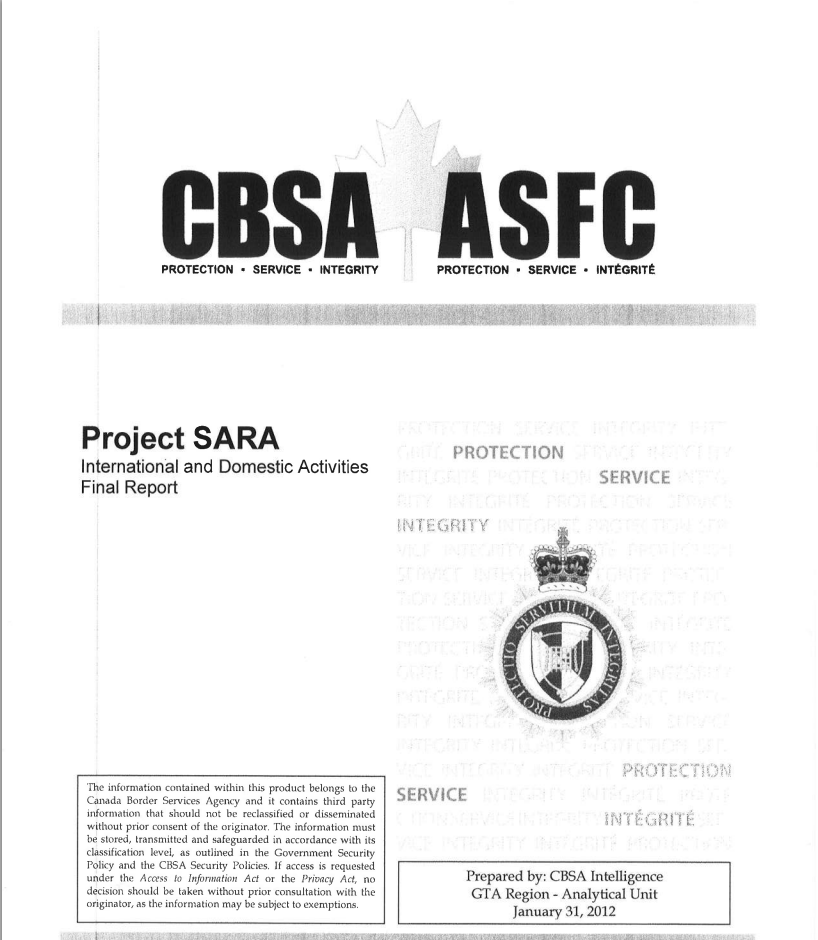 A scan of the front page of the CBSA's report, obtained by CBC News

The largest news broadcaster in Canada, CBC News, has obtained a draft of a Canada Border Services Agency (CBSA) report on Hungarian refugee claimants, a group which has grown significantly since Canada lifted visa requirements for Hungarian nationals in 2008.

The report describes the findings of Project SARA, a CBSA intelligence study of Hungarian refugee claimants, which include high levels of welfare fraud and petty crime in the community, and indications of a sophisticated operation centred in Hungary that is assisting and coordinating the movement of the claimants.

The draft report says most refugee claimants from Hungary are Romani, an ethnic minority in Europe sometimes referred to as gypsies -though this term is considered derogatory by many Roma organizations. It says that in large part, they seek protection based on claims of being persecuted as an ethnic minority in their country.

According to the report, Canada has grounds to reject Hungarian refugee claimants, as Hungary is a European Union member-state, and as such, its nationals are free to move to any other EU state if they face danger in a particular EU country.

The report concludes that while reinstituting visa requirements for Hungarian nationals would reduce the number of claimants from the country, it is not a long-term solution as those seeking to file claims in Canada can do so from other European countries. It proposes instead a faster claims process for refugee claimants from European Union member-states.

The proposal is similar to a power already granted to the Department of Citizenship and Immigration with the passing of Bill C-31, the Protecting Canada’s Immigration System Act, in late June, which gives the department the discretion to create a list of ‘safe’ countries with democratic governments and reputations for respecting human rights, and process asylum claims by individuals from these countries in 45 days instead of the usual 1,000 days.

The bill also denies claimants from countries on the list a right to appeal their decision, which is often used by asylum seekers to delay their deportation for years.