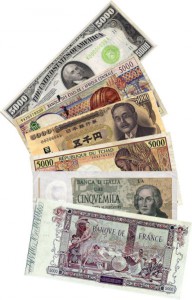 The federal government is launching online consultations today to get feedback from the public on how to improve the federal Immigrant Investor Program.

Citizenship and Immigration Canada (CIC) today launched an online consultation campaign to solicit input from the Canadian public on ways to modify the federal Immigrant Investor Program (IIP) to increase the benefit it provides to the country.

“We can no longer be a passive player in the global competition for talent and investment. That is why we need to review our immigration programs to create dynamic opportunities that enable immigrants’ investments to directly benefit the Canadian economy,” said Immigration Minister Jason Kenney in a statement put out today.

Acceptance of new applications under the federal IIP was temporarily suspended on July 1st to give the federal government time to revamp the program to address shortcomings it had according to the Immigration Ministry.

One change that CIC has signalled it is considering is requiring immigrant investors to make an active investment in the Canadian economy. The current investment requirement for applicants under the IIP is to provide an interest-free loan of $800,000 to a province or territory for five years, which CIC representatives have argued is too passive and does not contribute enough to the Canadian economy.

The online consultations are open to the public until September 4th 2012, and CIC says it is planning to re-open the investor program in the beginning of the 2013.