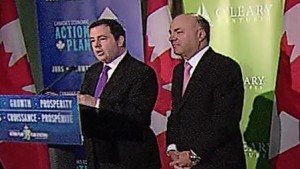 Citizenship and Immigration Canada (CIC) has released more information about the upcoming ‘start-up visa’, which is being designed for foreign tech entrepreneurs who want to a start a business in Canada.

“The start-up visa is an initiative that the government of Canada is exploring to assist in transforming our immigration system into a fast, fair and flexible system that will meet the needs of our economy and help grow our country,” said Immigration Minister Jason Kenney’s press secretary, Alexis Pavlich.

The new visa will be granted to individuals who receive funding from Canadian venture capital firms, who CIC assumes have a high potential to create successful Canadian companies that generate jobs and economic growth.

2,750 start-up visas will be set aside each year, up from 700 entrepreneur class visas granted in 2011. CIC suspended the entrepreneur program in July 2011, saying it was “overly burdensome and ineffective”, and needed to be revamped.