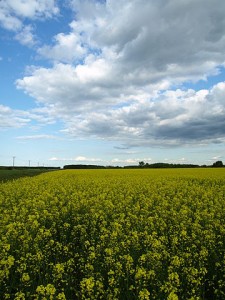 A crop field near Winnipeg, Manitoba. The western provinces of Canada called on the federal government to raise their provincial nominee program caps in a meeting on Monday (Shahnoor Munmun)

Canada’s western provinces called on the federal government to remove the caps on their provincial immigration programs on Monday, according to a recent Bloomberg News interview with Manitoba Premier Greg Selinger.

Selinger said the limits the federal government places on the Provincial Nominee Programs (PNPs) are making it difficult for them to fill their labour shortages:

“We’ve seen some changes that have potentially put a crimp in our ability to grow our economies and have people living in our communities.”

A PNP is a province specific program that allows the provincial government to nominate foreign nationals for permanent residency. Each PNP is limited to nominating a certain number of individuals per year, with each province’s cap being determined by the federal government.

Canada’s western provinces, which have one of the best performing regional economies in the developed world, have over the last decade been allowed to nominate a steadily increasing number of foreigners per year.

The first PNP started as a pilot project in Manitoba in 1997, and has subsequently expanded to all of the provinces, with the provincial governments looking to it as a way to counteract the ageing of their populations.