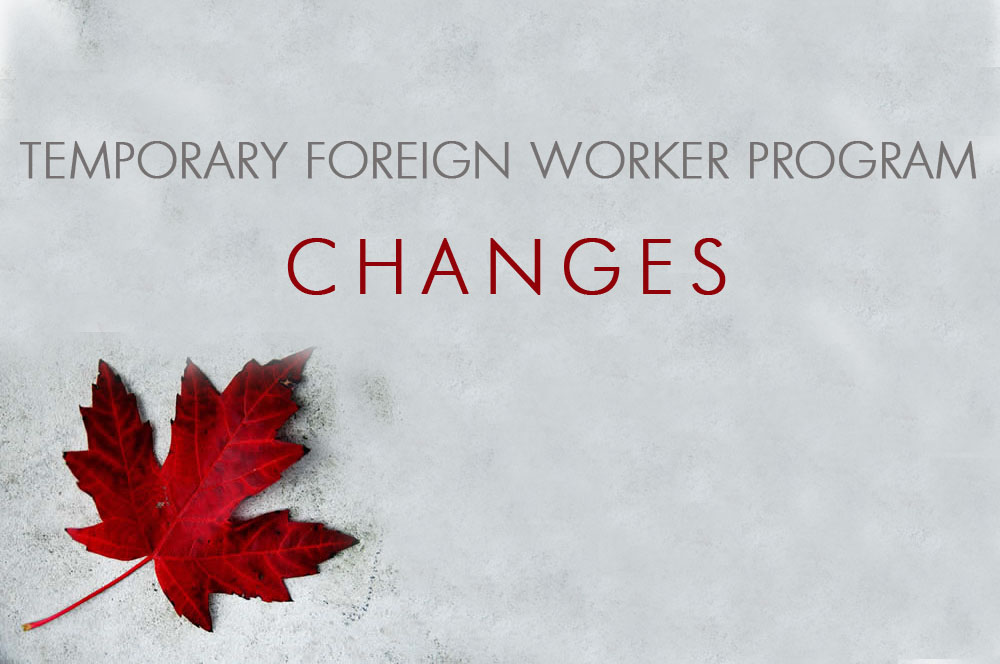 On June 20, 2014, the Government of Canada announced major changes to the Temporary Foreign Worker Program (TFWP). These changes have significant repercussions for Canadian employers across the country as well as current and future foreign workers.The recent TFWP overhaul affects Canadian employers. Of course, many of these changes also have a significant impact on how foreign workers obtain their work permits, as well as what will happen during and after arrival in Canada.Following is detail of the most important changes and what they mean for current and future foreign workers in Canada.

In most cases, Canadian employers need to obtain government approval before hiring a foreign worker. This approval comes in the form of a Labour Market Impact Assessment (LMIA), formerly known as a Labour Market Opinion (LMO).In the eyes of the government, the responsibility for securing an LMIA rests solely with the employer in Canada. The LMIA process assesses whether the employer is eligible to hire from abroad.If you are a foreign worker who has received a job offer in Canada, especially from a small or medium sized employer, you should be prepared for the employer to possibly question whether they want to go through this process at all.

In addition to increased LMIA requirements, there are now new time limits placed on work permits that require LMIAs. Individuals whose Canadian job offers are considered ‘low-wage’ under the new LMIA system (that is, individuals who will be paid less than the provincial median wage) will be issued work permits valid for no longer than one year in length. In addition, low-wage applications that were submitted before June 20, 2014 will not be processed. They will be returned with a refund of government processing fees. Employers are welcome to re-apply following the new rules for low-wage LMIAs.The government has also implied that the maximum work permit length for ‘high-wage’ workers, who are paid a salary that meets or exceeds provincial median wages, will also be reduced. It has been reported that the maximum length will be cut to two years, although this has yet to be formally implemented.Options remain in place to renew work permits that are set to expire, as well as to transition from temporary worker status to permanent resident status.Moratorium Lifted for Food Service Work PermitsOn April 24, 2014, the government announced a moratorium on LMIA and work permit issuances for certain occupations in the food services sector. As ofJune 20, this moratorium has been lifted and workers in the food sector may once again apply for work authorization.

Work permits that do not require LMIA approval are now known as ‘International Mobility Programs’.Certain work permits are LMIA-exempt but remain tied to a specific employer. These sorts of permits most commonly pertain to individuals applying under the NAFTA Program and the Intra-Company Transfer Program.Currently, individuals are able to apply for their LMIA-exempt work permit once they obtain a job offer from a Canadian employer. In the future (date unknown), Canadian employers will be required to submit their job offers for approval to Citizenship and Immigration Canada before the foreign worker can apply for the work permit. Employers will be required to pay a $230 processing fee to have their job offer evaluated.The foreign worker must still pay the standard $155 work permit application fee when submitting an application.

In the future (date unknown), recipients of Open Work Permits will be required to pay a $100 ‘privilege fee’ in addition to the standard application fee of $155. Individuals who are eligible for open work permits include the spouses of foreign workers and students in Canada as well as participants in certain work exchange programs.All new fees will help to cover government services such as work permit processing and employer compliance inspections.

It is important to note that individuals who are currently in Canada on a work permit will not see any changes made to their current permits. However, any requests to renew or extend their work permits will be subject to the new rules.