TomTom, a provider of automotive navigation products and services, has released its first quarterly congestion index, and it puts Vancouver in second place behind Los Angeles in a ranking of North American cities by their level of traffic congestion.

The next most congested Canadian cities, Toronto and Ottawa, place ninth and tenth, with vehicle commutes taking 47 percent and 55 percent longer during the morning peak period than non-congested, or free-flow, periods, respectively. Commutes in both cities take an average of 22 percent longer due to congestion during all hours than during free-flow periods.

In contrast, vehicle commutes in Vancouver and Los Angeles take 30 and 33 percent longer at all hours due to congestion, respectively. 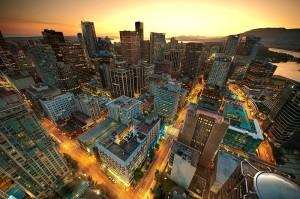 As the final destination for nearly 14 percent of Canadian immigrants, Vancouver has seen rapid population growth in recent years, which has increased congestion on its roads and highways. Many natural choke points, due to geography inundated by coast line, has also contributed to long traffic delays.