2,300 People to Have Canadian Citizenship Revoked 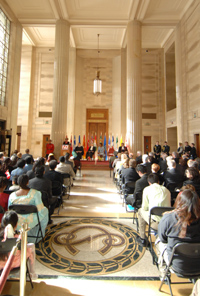 In a meeting with the editorial board of the Montreal Gazette, Immigration Minister Jason Kenney said that 2,300 people are to have their citizenship revoked for providing fake proof of residency, with 6,000 additional cases under investigation, after a two year RCMP investigation into the issue.

Mr. Kenney said that most of the offending individuals are clients of particular immigration citizenship consultants who offer to fabricate proof of residency.

The Immigration Minister also talked about the Quebec Investor program in the meeting, criticizing the fact that only one out of ten immigrants accepted through the provincial program end up settling in Quebec.

He said most end up going to Vancouver or Toronto, and this can create problems for those cities:

“Here’s what often happens. Quebec will get the $800,000 for five years. B.C. will get the social services costs for health care and everything else for the dependents who have been brought to Vancouver.

People in Vancouver are always asking me why are we facilitating this because it is leading to inflation of real estate prices. Which is great if you are well-established and you have paid down your mortgage. But if you are a young family starting out, good luck being able to afford a house in Vancouver. A lot of people who aren’t rooted in Vancouver are inflating the costs.” 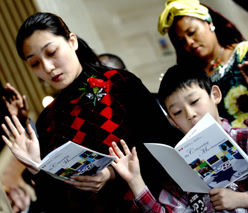 Mr. Kenney added that the federal government is planning on increasing the price that immigration applicants would have to pay to qualify for the Federal Immigrant Investor Program, given the large number of wealthy individuals looking to immigrate to Canada.

He also said the Ministry would like to change the Investor Program requirement of loaning the government money without interest to making a more active investment, so that Investor class immigrants become financially more committed to Canada.