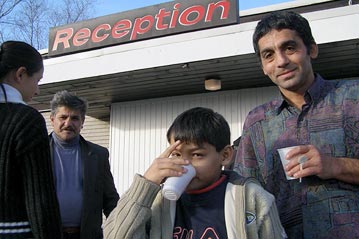 The Immigration Ministry will create a list of ‘safe’ European countries with independent judiciaries and a demonstrated commitment to international human rights agreements, where residents are unlikely to be facing persecution, and expedite deportations of asylum seekers originating from them.

The move is a response to a large scale wave of Roma asylum seekers that have recently been arriving in Canada from Hungary, which Immigration Minister Jason Kenney described as “highly organized”. Mr. Kenney said the claimants often don’t show up to their refugee hearings and enroll in Canadian welfare programs.

The Immigration Minister said it was strange that there were more refugee applicants from European countries than from African and Asian ones, and that the changes that Bill C-31 will make to Canada’s Immigration and Refugee Protection Act will help change this situation.

The Protecting Canada’s Immigration System Act, Bill C-31, was introduced in February this year, and the federal government hopes it will be passed before the summer