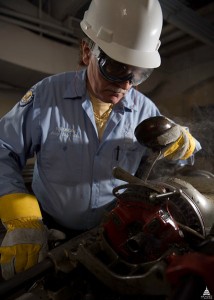 The provincial government of Alberta has announced that the Alberta Occupation-Specific Pilot for temporary foreign workers will be extended for another year, to July 31 2014.

The pilot started in June 2011 and allows qualifying foreign nationals to receive special one or two-year work permits that allow them to work for an employer without the employer being required to have a Labour Market Opinion (LMO) from Services Canada.

This allows the temporary foreign worker to move freely between employers as long as they are working in the approved occupation.

The list of qualifying occupations for the pilot was expanded in July 2012 to include welders, heavy duty equipment mechanics, ironworkers, millwright and industrial mechanics, carpenters and estimators.

The skilled trades added were those deemed to be in high demand in Alberta’s economy, particularly in its bustling energy sector which has faced a shortage of skilled labour in recent years.