BBC Article asks “What does it mean to be Canadian?”

An article published last Thursday in the BBC asks what it means to be Canadian, and explores the role immigration plays in it:

Canada is anything but a homogenous Commonwealth state; nearly one million indigenous people rub shoulders with immigrants from around the world, including many from Asia. What does it mean to be Canadian now? What are the traits which help make up modern-day Canada? 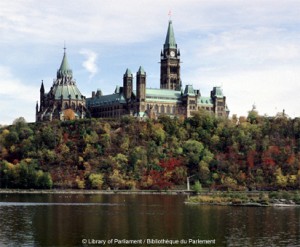 The piece, by Lorraine Mallinder, describes Canada’s unique identity as a heterogeneous nation, with vast regional differences and multiple large linguistic and ethnic minorities. Mallinder asks: what does a French-speaking Quebecer have in common with a West Coast Anglophone Vancouverite?

It quotes John Ralston Saul, an author of books on Canadian culture, who says “[Canadians] accept that difference is actually quite interesting. What makes it possible to live together is agreement on things like ethics and public policy. Not agreement on accents and religion”.

Mallinder describes Canada’s situation as a bilingual nation, with 200 additional languages being added to the mix due to immigration, largely from Asia. Canadians are generally tolerant toward immigration, writes Mallinder, but views have become more mixed recently, with more Canadians preferring a US-style melting pot, with a unified culture, over Canada’s more mosaic multiculturalism.

Canadians have a generally high standard of living, continues the article, with a large percentage of them connected to the internet and involved in social networking sites. Crime is low, but Canadians on the average have grown more concerned about crime, with about half supporting the Harper government’s plan to build more prisons.

The issues that are most important to Canadians now are the economy and jobs, ahead of healthcare and the environment, which has helped the Conservatives win elections on a platform promising economic growth and more jobs, writes Mallinder.

She adds that Canadians are generally generous, with the adult population having given more than two billion hours to volunteer work in 2010.

The article quotes Noah Richler, author of a book on Canadian identity, in its conclusion on what defines Canadians: “The defining trait of being a Canadian is understanding our good fortune, knowing that we’re not actually better than anybody else”.