A Toronto Star story reports that the visible minority population in Canada is growing, and at a rate faster than the general population:

StatsCan projects that the visible minority population in this country will continue to be bolstered by sustained immigration and slightly higher fertility rates in the next 15 years or so.

By 2031, Canada could be home to 14.4 million people belonging to a visible minority group, more than double the 5.3 million reported in 2006. The rest of the population, in contrast, is projected to increase by less than 12 per cent during that period, the federal statistical agency projects. 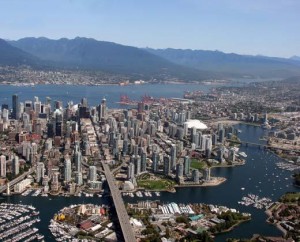 The StatsCan projections predict that by 2031, South Asians will make up the largest visible minority ethnic group in Canada, with a population of 4.1 million, and the Chinese population will be the second largest, at 3.5 million.

Immigration has transformed Canada’s major cities in recent decades. Chinese immigration has increased the percentage of the Vancouver metropolitan area’s population that is of Chinese origin to nearly 20 percent.

In Canada’s largest city, Toronto, visible minorities now make up nearly 47 percent of the total population, and nearly 50 percent of the city’s residents are foreign born.