Canada Has Fastest Population Growth in G8, Driven By Immigration and Led by Prairies 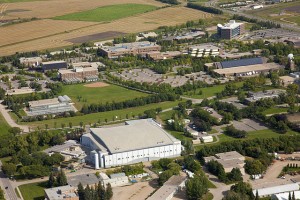 The Prairie provinces, prospering from their abundance of natural resources, led Canada in population growth in the year ending June 30th, 2012. Two thirds of the world's potash reserves are near Saskatoon, pictured above, the largest city in Saskatchewan.

A Statistics Canada report released today estimates that Canada’s population grew by 1.1 percent in the year ending June 30 2012, giving it the fastest population growth among the G8 countries.

In comparison, the second fastest growing population in the G8 was that of the United States, which grew by 0.7 percent over the same period. Japan, with its shrinking population, had the lowest population growth rate, at negative 0.3 percent.

The largest source for Canada’s population growth was immigration, as the country has continued to sustain the highest immigration levels in the world as a percentage of its population.

Among Canadian provinces, Alberta saw the fastest population growth, at 2.5 percent, as the province, which has the highest per capita GDP in Canada, continued to lead the country in inter-provincial and international immigration and natural population growth.

The economy of Alberta has benefited in recent years from a booming oil sector as production in the Athabasca oil sands, which is one of the largest oil deposits in the world, continues to ramp up.

A recent Fraser Institute study found that Alberta, Saskatchewan and Manitoba have the best labour markets in Canada, with the lowest unemployment rates and fastest employment growth in the country, thanks to strong performance from their resource sectors.