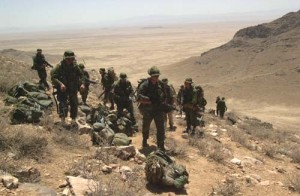 The Global Peace Index (GPI), an annual ranking of national peacefulness produced by the Institute for Economics and Peace, was released today, and showed Canada rising three places, to 4th place among the 158 nations in the index.

The index evaluates a nation’s GPI score by 23 dimensions of peace, ranging from ‘perceived criminality in society’ to ‘death from external conflict’, and saw most of the world, outside of MENA (Middle East and North Africa), improve its score from last year.

Canada’s position improved due to a decrease in the number of casualties it suffered in the conflict in Afghanistan, as a result of the country withdrawing most of its troops and ending combat operations in Afghanistan in 2011.

Improvements in other countries’ GPI scores were largely due to a decrease in militarization as governments made austerity-driven defence cuts.

This entry was posted in canada and tagged Afghanistan, Canada, Global Peace Index (GPI), Institute for Economics and Peace. Bookmark the permalink.