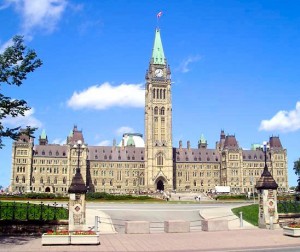 Bill C-31, the Protecting Canada's Immigration System Act, is set to be passed by the Conservative majority in the Commons today

Bill C-31, a proposed set of laws to reform Canada’s refugee system, is expected to pass the House of Commons today.

The bill would give the Department of Citizenship and Immigration the discretion to create a list of ‘safe’ democratic countries with a reputation of respecting human rights, and the authority to reject refugee claims by individuals from those countries and deport the claimants within 45 days, rather than the typical 1,000 days that refugee claims take to process.

The new law would also deny claimants from safe countries the right to appeal the refugee board’s decision, which would prevent the situation of claimants staying in Canada for years through a lengthy process of appeals.

Bill C-31 is largely a response to a flood of Roma asylum seekers from Hungary this year that has outnumbered claimants from any other country.

In an email explaining the need for the new law, Immigration Minister Jason Kenney’s press secretary, Alexis Pavlich, said that “[v]irtually all asylum claims from European Union citizens in 2011 were abandoned or withdrawn by the claimant or rejected by the independent Board, with Canadian taxpayers left to foot the bill for the expensive health care and welfare benefits these bogus claimants received”.

Bill C-31, as had been expected, passed the House of Commons yesterday, with 159 voting for, and 132 voting against.