Getting Canadian Permanent Residence Could Get Easier For Temporary Foreign Workers 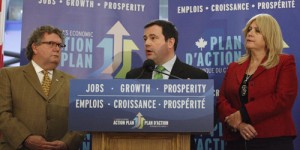 Under current rules, a temporary foreign worker must have worked full-time for 24 of the last 36 months to qualify for permanent residence under the Canadian Experience Class (CEC) program. Under proposed changes, the required months of full time work would be reduced to 12.

Citizenship and Immigration Minister Jason Kenney, speaking about the proposed change, said that “thousands of highly-skilled foreign nationals are working successfully in Canada on a temporary basis”, and his department wanted to expedite their transition to permanent residence as they have Canadian work experience and are proficient in English or French, and so “are set for success”.

The Canadian government has sought to transform the country’s immigration program in recent years to make it more focused on admitting immigrants that contribute to the Canadian economy, as data has emerged suggesting the country has not been doing a job in this regard, with a growing gap between the average incomes and unemployment rates of newly arrived immigrants and native-born Canadians and longer-term immigrants.

Canadian work experience and job offers from Canadian employers are seen as key indicators of an applicant’s prospects for economic integration in Canada, and the government has been looking to expand those programs, like the temporary foreign worker stream of the Canadian Experience Class program, that assess applicants according to these criteria.