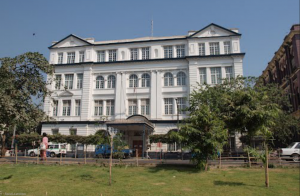 The UK offered the Canadian government office space in its embassy in Myanmar, pictured above, during their meeting on September 24th (Google Maps)

The Canadian and British governments announced last week that they had signed a Memorandum of Understanding (MOU) that will have the two countries share diplomatic missions in order to cut costs and expand their diplomatic reach.

The agreement was signed during a visit by UK Foreign Secretary William Hague to Ottawa, Canada on September 24th, and was accompanied by an exchange of offers of diplomatic office space between the countries, with the UK offering Canada space in the British embassy in Myanmar (Burma) and Canada offering the UK space in the Canadian embassy in Haiti.

Some in Canada have expressed concern that the joint missions would put Canadian diplomats at risk in countries with anti-British sentiment, while others have said it endangers Canada’s independence in foreign policy.

Promoters of the partnership cite the potential efficiency gains in sharing diplomatic resources and the cultural links between the countries as reasons to support the decision.

Before his meeting with Canadian political leaders last week, Mr. Hague described the closeness between the UK and Canada by quoting British Prime Minister David Cameron: “As the prime minister said when addressing the Canadian parliament last year: ‘We are two nations, but under one Queen and united by one set of values.'”

1 Response to Canada to Start Sharing Diplomatic Missions with UK