Canada comes in top 5 among G20 in Entrepreneurship Ranking 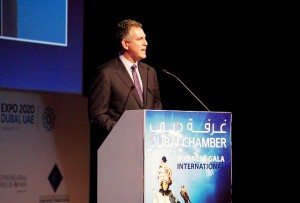 Lack of regulatory barriers, availability of venture capital funding and a culture that embraces entrepreneurship placed Canada in the top quartile in the EY G20 Entrepreneurship Barometer 2013 (U.S. Department of State)

A new report by Ernst & Young places Canada’s entrepreneurial ecosystem in the top five among the G20 countries.

The G20 Entrepreneurship Barometer 2013 ranks a country’s entrepreneurial environment according to its score in five sub-categories: access to funding, entrepreneurship culture, tax and regulation, education and training, and coordinated support between government, academic institutions and the private sector.

The formulation of the ratings relies on business environment indicators, like number of new businesses started per year, data collected in a survey of more than 1,500 entrepreneurs across the G20 countries, the insights gained in interviews with entrepreneurs, academics and experts, and a qualitative analysis of government initiatives to encourage and assist entrepreneurship.

Canada came fourth in the access to funding category, thanks largely to per capita venture capital funding that is second only to the U.S. It ranked third in entrepreneurship culture, behind the U.S. and South Korea, as interviewees had a generally positive opinion of the country’s attitude toward entrepreneurship and its acceptance of failure (more accepting than other countries).

In the tax and regulation category, which scores countries by the ease of complying with regulations when starting and running a business, and the number of special tax incentives for entrepreneurs, the country came second, after Saudi Arabia, for its simple business registration process, lack of labour laws allowing for a flexible labour market, and an abundance of tax subsidies for small and medium sized enterprises.

While the G20 Entrepreneurship Barometer is one of many possible ways of determining the quality of an entrepreneurial ecosystem, and has not been shown to predict for entrepreneurial success, Canada’s strong showing will at the very least help boost its image globally as a centre of innovation and a country that’s open for business.