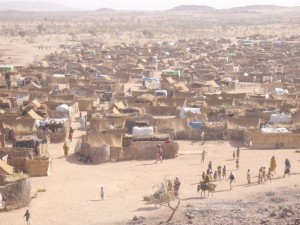 Citizenship and Immigration Canada (CIC) announced on Friday that new rules to clamp down on abuse of Canada’s refugee program will come into force on December 15th.

The new rules are a reaction to an increase in bogus asylum claims that have seen tens of thousands of individuals from comparatively safe countries apply for refugee status in Canada and typically abandon their refugee claim before their hearing with the Immigration and Refugee Board (IRB), but not before collecting thousands of dollars worth of welfare and free health care while in Canada.

Under the revised asylum claims processing rules, cases will be heard within 60 days, instead of the 600 days it currently takes on average. A Refugee Appeal Division (RAD) will also be created to allow asylum claimants from countries with a history of persecution to appeal negative decisions by the IRB.

To deal with bogus asylum claimants delaying their deportation through a long process of appeals, a separate processing stream will be created for claimants from ‘designated countries of origin’ (DCOs), which are those countries with comparatively strong legal protections of human rights, and these claimants will have fewer and more expedited options to appeal negative decisions by the IRB.

The creation of a ‘safe list’ of countries for expedited processing mirrors the protocol that the governments of most Western countries have in place to reduce the cost of processing bogus refugee claims.

Commenting on the changes, Citizenship and Immigration Minister Jason Kenney said, “last year alone, nearly a quarter of all asylum claims in Canada were made by people from democratic European Union nations – that’s more claims than Canada received from Africa or Asia. We’re spending far too much time and taxpayers’ money on bogus claims, and on generous tax-funded health and social benefits for claimants from liberal democracies.”

“Sixty-two percent of all asylum claims – and virtually all asylum claims for the European Union – were either abandoned or withdrawn by the claimants themselves or rejected by the IRB last year,” Kenney added.

“It became abundantly clear that our system needed to be changed. These changes will move our asylum system from one that allows bogus claimants to rely on loopholes and redundant appeals to delay their removals for several years, to a system that hears claims quickly and removes bogus claimants faster. That is in the best interest of Canada, and of legitimate refugees. Canada’s asylum system is one of the most generous in the world and will continue to be under the new and improved system.”