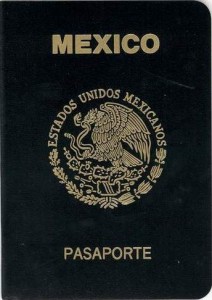 A Mexican passport. Mexico could soon be added to the Canadian government’s list of visa-exempt countries

The Canadian government is in talks with the government of Mexico to eliminate visa requirements for Mexicans travelling to Canada. Prime Minister Harper said he would only create a visa exemption for Mexicans if it was assured that it would not lead to a flood of asylum claims.

Canada has had problems with large numbers of refugee claimants arriving in the country from countries that it has made visa-exempt, in particular Hungary.

Almost all of these claimants end up being rejected by the Refugee Board or abandoning their claim, but not before receiving thousands of dollars worth of welfare and free health care courtesy of the federal government.

One Canada Border Services Agency (CBSA) study estimates each bogus refugee claimant costs Canada $50,000, resulting in hundreds of millions of dollars of extra costs for the Canadian economy each year due to fraudulent refugee claims.

The mini-visa will enable Canadian authorities to screen out failed refugee claimants, ending the problem of a merry go-round of deportees returning to Canada to make new claims that take months to process and reject.

5 Responses to Canadian Government to Remove Visa Requirement For Mexicans