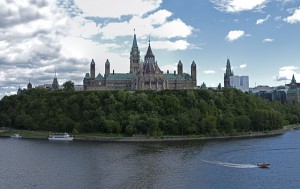 The seven year freeze on increases in immigration levels beyond 253,000 should be lifted in 2014, according to an internal government review obtained by Postmedia News:

The report says that labour needs, based on economic projections, necessitate the increase.

Immigration levels as a percentage of Canada’s population have steadily fallen over the last seven years as the country has experienced population growth without a corresponding increase in the number of immigrants admitted.

Recent public opinion polls have indicated that the majority of Canadians oppose an increase in immigration levels, and this, along with recent studies showing a growing income gap between recent immigrants and native born Canadians, have encouraged the federal government to resist calls to increase immigration levels.

The review also recommends against increasing the proportion of immigrants admitted through the PNPs, which clashes with calls from provincial governments to give them greater control over selecting the immigrants that enter Canada.