Canadians 2nd Most Optimistic About Economy After Brazilians in New Poll 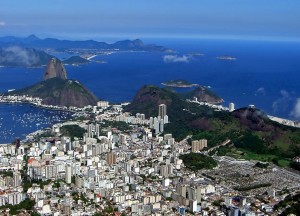 A view of Rio de Janeiro, Brazil's largest city. Brazilians were on average the most optimistic about their country's economy outlook of the nationalities polled in a recent survey of 13 countries (Ramon)

The results of a new poll commissioned by the International Trade Union Confederation show Canadians behind only Brazilians as the most optimistic citizens of any of the thirteen countries included in the poll.

It found Greeks and Japanese the most pessimistic and second most pessimistic. The last place showing for Greece and Japan is unsurprising given Greece’s recent economic crisis, and Japan’s two decade long economic stagnation, mounting national debt, and the widespread destruction caused by the 2011 earthquake, including continuing problems with radiation leakage from the Fukushima Dai-ichi nuclear plant.