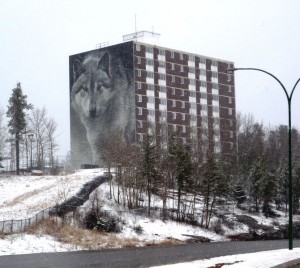 The "Three Amigos" worked at a Shell gas station in Thompson, the largest city in northern Manitoba (Bobak Ha'Eri)

In a case more reminiscent of American immigration woes, a Manitoba company has been fined $12,000 for hiring three Filipinos in Canada illegally.

The workers, Antonio Laroya, Arnisito Gaviola and Ermie Zotomayor, began working for a Shell gas station owned by 5896941 Manitoba Limited in northern Manitoba after they were laid off from their jobs in Alberta.

The three Filipino workers, nicknamed the “Three Amigos” in their Thompson, Manitoba community, were ordered deported from Canada in May 2011 and barred from returning for one year.

They are now attempting to get work permits to resume working in Canada.