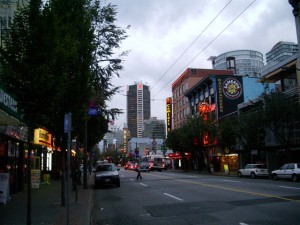 Immigrants make up 40 percent of the population of the Greater Vancouver Region (GVR), pictured above. Public opinion in Ontario and British, the provinces with the most immigrants, was the most critical of immigration, with 38 percent saying it has a negative impact on the country. (Image provided by Michael G. Khmelnitsky)

A new public opinion poll shows that 72 percent of Canadians oppose increasing immigration levels, a sign that Canada is following in suit a broader trend among Western countries of public sentiment turning against immigration.

Despite the opposition to raising the number of immigrants admitted each year, Canadians on average still view immigration as having more of a positive impact than a negative one on Canada, which contrasts with public opinion in other western countries like the UK, where 68 percent of respondents in a recent poll said they believed immigration has a negative effect on their country.

Canada has historically had the most favourable public opinion toward immigration among OECD countries, and as a percentage of its population, has the highest immigration levels in the world.

The Ipsos Reid poll used a sample of 1,101 Canadians and has a margin of error of 3 percentage points