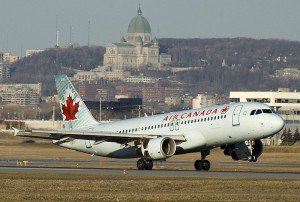 Martin Collacott, a former Canadian diplomat and advocate of immigration reform, says passports of convenience could end up costing Canadians (Brian from Toronto)

A new story in the Vancouver Sun looks at the issue of recent immigrants obtaining Canadian citizenship and then returning to their home countries.

The phenomenon, which it calls ‘passports of convenience’, has critics and defenders within Canada, with a prominent figure from each side interviewed for the article:

The Sun articles elicited opposing perspectives from Yuen Pau Woo, head of the Asia Pacific Foundation, and Martin Collacott, a former Canadian diplomat and key figure at the Centre for Immigration Policy Reform, who is also a senior fellow at the Fraser Institute.

Collacott says that those who get citizenship and then live abroad pose a risk of incurring an economic cost for Canada, because they don’t contribute to Canada’s tax base but are eligible for Canadian health care and Old Age Security benefits when they retire.

The cost, in the way of taxes, for Canadians to support one individual from the age of 65 to 85 is $350,000 according to Collacott, and this amounts to a very big subsidy for those Canadians who work abroad for most of their life and then return to Canada for retirement.

Collacott also argues that it’s fair to place higher expectations on Canadians who immigrated to the country to work in the country than on those born in Canada:

“While it’s fair to state there should be as few distinctions as possible between Canadian-born and naturalized citizens, it is also perfectly reasonable for us to expect that, of the many millions around the world who would like to move here, we have the right to expect that those to whom we grant this privilege should demonstrate a real attachment to their new homeland and not choose to move away as soon as they obtain a Canadian passport.”

These criticisms are motivated by reports of a subset of immigrants coming to Canada with a plan to stay in the country long enough to get citizenship, a period which they sometimes refer to as immigration prison, and then immediately move back once they have acquired Canadian citizenship.

There might be little that the federal government could do about this type of gaming of immigration rules however, as the Canadian Charter of Rights guarantees all citizens equal rights and privileges, which precludes additional residency requirements being placed on naturalized Canadians.

This entry was posted in canadian immigration, public opinion and tagged Centre for Immigration Policy Reform, passports of convenience. Bookmark the permalink.