Upcoming Changes to the Canadian Citizenship Rules in 2015 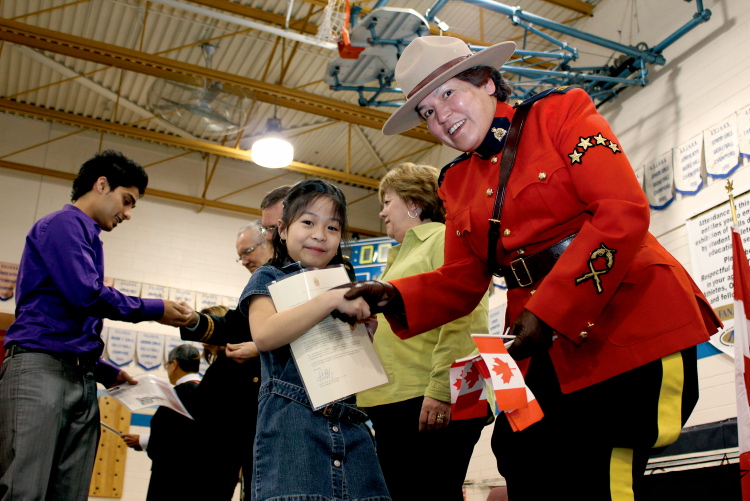 Angelica Detablan, 7, is handed her citizenship certificate and a Canadian flag by RCMP Const. Gerri Beardy at a ceremony at Charleswood School in Winnipeg, Manitoba.

In June of 2015, it is expected that a few new rules and regulations will be implemented into the Canadian Citizenship Rules and the processing of applications. Majority of changes have received negative feedback from immigrants and several civil rights organization which accuse the government of creating a two-tier citizenship system.

Below is a list of some of the biggest changes:

On top of the above, a few more changes that we should be expecting are stricter offences and penalties for fraud and misrepresentations and new grounds and process for revoking citizenship.

It is highly recommended that anyone who is eligible for citizenship now to apply before the rules are implemented.