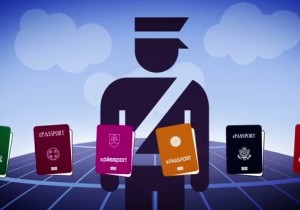 The new Canadian ePassport contains a digital signature that can be verified by the ICAO Public Key Directory (PKD). In addition to Canada, 29 other countries participate in the PKD, including Australia, China, the Czech Republic, the United States, Germany, Hong Kong, Japan, and France (Government of Canada)

Canada’s new 10-year ePassport is now available to all Canadians, according to Citizenship and Immigration Canada (CIC).

“The new, 10-year ePassport provides more convenience for Canadians, and facilitates safe, secure travel which, in turn, helps create jobs, growth and long-term prosperity for Canadians. The Canadian passport is not only a privilege of citizenship, but a reflection of the rights and responsibilities of citizenship.”

The ePassport format is becoming the norm in international travel documents, as its embedded electronic chip makes fraud more difficult and stores the passport holder’s personal information as well as a digital signature authenticating the document as being issued by the Government of Canada.

Artistically, the new Canadian ePassport features images iconic to Canadian history and culture, including Robert Harris’s 1885 painting, The Fathers of Confederation, a depiction of the 1885 Last Spike of the Canadian Pacific Railway, and a picture of Pier 21 in Halifax, an important port for the entry of Canadian immigrants between 1928 and 1971, similar to the role Ellis Island played in late 19th century in the United States.

The new passport will cost $160, which year for year, is cheaper than the current 5 year, $120 passports.

Kenney also announced that the transition of responsibility over Canadian passports from the Department of Foreign Affairs and International Trade (DFAIT) to CIC had become effective on Tuesday, which the federal government says will improve operational efficiency by grouping departmental duties according to their relation between each other.

In addition to announcing new information regarding the Canadian passport, Kenney took the opportunity to announce a new special measure by CIC for temporary and permanent residents affected by the flooding in Southern Alberta.

Fees for temporary and permanent resident applications filed by individuals living in regions affected by the flooding are being waived and the status of the applications will automatically be extended until September 19, 2013.