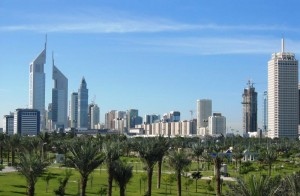 In an interview in late December, Canadian Citizenship and Immigration Minister Jason Kenney said that he expected his department to launch the Federal Immigrant Investor Program sometime in the first half of this year.

The program, which grants permanent residency to those with assets worth over $1,600,000 in exchange for a no-interest five-year loan of $800,000, is currently not accepting any new applications as the Department of Citizenship and Immigration decides on new, more demanding selection rules for the program.

The department says the 700 applicant annual quota for the program was filled in 30 minutes in 2011, as wealthy foreigners chartered private planes to be the first to submit their application to the Nova Scotia intake office.

In the interview with Postmedia News (via immigration news site workpermit.com) Kenney said that the government would like to raise the amount of money applicants are required by the program to invest and require the investment to be an active one where the applicant assumes some risk rather than a passive loan with a guaranteed return like under current rules.

Asked about the investor program’s 25,000 application backlog, Kenney said he doesn’t contemplate wiping it out like his department did with the Federal Skilled Worker Program (FSWP) backlog.

He said they are considering offering a fast-track option to those whose applications are in the backlog in exchange for the applicant meeting the program’s new requirements.