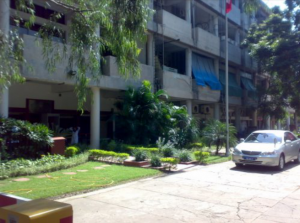 The Canadian High Commission in Chandigarh. The visa office has seen rapid growth in the number of study permits and visitor visas issued to Indian nationals in the region (GOOGLE MAPS)

The number of visitor visas the Canadian government issues in India’s Punjab region has increased by 300 percent from 2005 levels according to Citizenship and Immigration Canada (CIC).

CIC says that approximately 17,608 visitor visas were issued in 2012 by its Chandigarh office, which serves the Punjab region.

The growth in the number of Indian visitors to Canada has corresponded with the rapid growth of India’s economy and the emergence of an increasingly sizeable Indian middle class with the disposable income to travel abroad.

The number of student visas issued has seen an even more dramatic increase. According to CIC, 5,200 student permits were issued by the Chandigarh office in 2012, a more than 3000 percent increase from the 173 issued by the office in 2004 when it first opened.

At Friday’s press conference, Citizenship and Immigration Minister Jason Kenney lauded his department’s achievements in reducing processing times for visitor visas for Indian visitors, from 12-days for 80 percent of cases in 2011, to 5-days in 2012 for the same portion of cases.

He also celebrated an 80 percent approval rate for applications it received through the office for its new Parent and Grandparent Super Visa, which CIC introduced in December 2011 as a replacement for the parent and grand-parent sponsorship stream of the Family Class permanent residence immigration program.

The Super Visa grants parents and grand-parents of Canadian citizens and permanent residents permission to stay in Canada for up to ten years without the need to apply for extensions to their visa.