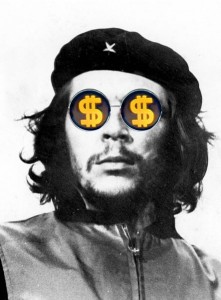 The article, by Eva Salinas, profiles Diego Casco, a native of Costa Rica, who now runs a branding agency in Toronto, Canada.

His experience is like that of many in Generation Ñ. After over a decade of building a modest-sized business, improving his English, and getting himself familiar with the Canadian business environment, he now wants to expand his company and become a major player in Canada’s business world.

“These people are educated, they come with a decent amount of money and they’re looking for not only a new life but to be recognized in terms of their quality of work and experience and education that they have,” says Jacob Moshinsky, THCC chairman and Mexican-born entrepreneur. He now runs Ñ Communications.

“There’s absolutely a misconception of what the Hispanic community is here,” he adds, listing Latino stereotypes such as all being refugees and living in low-income areas.

Unlike the previous generation of Latin American business owners, the new generation is looking to integrate into the wider Canadian economy and target beyond its own cultural group, says Salinas.

Salinas describes Cristian Contreras, who immigrated to Canada from Columbia, and graduated from the University of Toronto, as a Generation Ñer who fits this profile.

Since graduating, he has taught himself how to program, and created a political collaboration website called Next Parliament, which is intended to improve the way Canadians create, discuss and share political proposals.