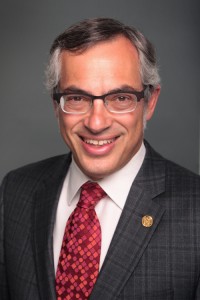 Treasury Board President Tony Clement, who is responsible for protecting Canadians from a growing federal debt burden and tax load, has until Tuesday to accept PAFSO’s offer to enter into binding arbitration to end the pay dispute (Government of Canada)

The Professional Association of Foreign Service Officers (PAFSO) has offered to enter into binding arbitration with the federal government to end the strike of its members and with it, the disruption to permanent residency and visa issuance.

PAFSO is giving the government until Tuesday to accept the offer before it is rescinded. Treasury Board President Tony Clement must decide whether to accept the deal, which would give a third party arbitrator final say as to what the new compensation scheme for Canada’s foreign services will be, or stick with the government’s current proposal.

The strike is delaying the processing of visa applications, which has elicited warnings from various groups, including the Tourism Industry Association of Canada and Nova Scotia’s premier, that the continuation of the strike will cost the Canadian economy by reducing the number of tourists and international students that land in Canada.

The federal government is aware of the damage the strike is doing but says the offer it has already proposed is fair because foreign service officers receive a special foreign allowance that makes up for their salaries being lower than that of other public servants.

The government also says that foreign service jobs are highly sought after in Canada which indicates the compensation offered is sufficient.

PAFSO has responded that the foreign allowance is not a special benefit to foreign service officers, as all Canadian public servants working overseas receive it, regardless of their division.

This, according to the foreign service officers union, makes the government’s proposed compensation scheme, which would give a foreign service officer on the level-2 pay scale at the maximum experience-grade $87,000 per year, unfair, as it would still be $11,000 less than what a comparatively experienced public servant in the commerce division would receive.

The government has been reluctant to increase its offer however, saying that the PAFSO strike is an attempt to ‘blackmail’ Canada by withholding a vital service.

Clement has said that a more generous offer would be unfair to Canadians who would have to foot the bill, a suggestion that the government believes the compensation offered is adequate for attracting qualified individuals to fill the foreign service positions.