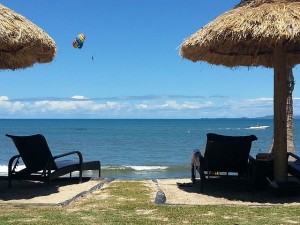 A new StatsCan report finds a clear relationship between income and health in Canada, with Canadians in the highest income quintile having the lowest risk of dying from multiple causes

A new report on the state of health in Canada by Statistics Canada finds a strong link between between life expectancy and income in the country.

The report uses data collected from 1991 to 2006 in a Canadian census study on mortality, and measures the age-standardized mortality rates (ASMRs) of Canadians in five income groups.

It found that individuals in the highest income quintile had the lowest risk of dying, and the risk increased progressively with each move down an income quintile.

The major causes of death that saw big differences between individuals with different levels of income were ischemic heart disease, cancers of the trachea, bronchus and lung, and chronic obstructive pulmonary disease.

This suggests that a greater tendency among those in the lower income quintiles to engage high-risk behavior, in particular smoking, is a major cause of the differences in health outcomes.

A large difference was also seen in rate of death due to communicable diseases, with individuals in the lowest income quintile being 3.5 times more likely to die from HIV/AIDS than those in the highest.

The link between income and health outcomes could explain the ‘healthy immigrant effect’, which is an observed phenomenon in which immigrants tend to arrive in Canada in a state of health that is better than members of the general population, but see a deterioration in their health in the years following their arrival.

As the income gap between recent immigrants and the general Canadian population has steadily increased since 1980, one result could be that the income-related health effects of immigration on new Canadians could have grown.

The relevance of income to health is also worth considering when deciding where one should live in Canada.

Canadian census reports show that there is a sizeable personal income gap between rural and urban Canada, with urban areas having per capita incomes that are more than one fifth higher than rural districts.

The income gap between rural and urban Canada is paralleled by a life expectancy gap, with city-dwellers and those living within commuting distance of cities living longer than their rural counterparts.