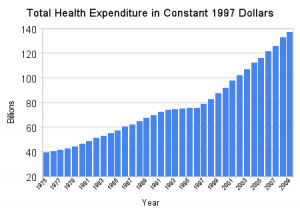 As part of its deficit reduction program, the federal government is cutting medical services provided at no cost to refugees through the Interim Federal Health Program, limiting free services to emergency health care and treatment of chronic conditions that pose a public health threat, like tuberculosis. The government expects the move will save it $100 million over five years.

Immigration Minister Jason Kenney has also indicated that the move was motivated by complaints that refugees receive free dental and eye care from the federal government that Canadian citizens do not.

“Canadians have been telling us they don’t think that smuggled migrants and bogus asylum claimants should be getting better health-care benefits than Canadian seniors and taxpayers. They won’t be getting extras that Canadians don’t get, like dental, eye care, and discretionary pharmaceuticals,” Kenney said in April.

Health workers associations, including the Canadian Medical Association, the Canadian Nursing Association and the Canadian Pharmacists Association, whose members stand to lose tens of millions of dollars in health care work due to the cuts, wrote an open letter to the federal government in May criticizing the cuts.

In the letter they argued that the cuts would shift the cost of treating refugees to other groups like provincial governments, result in complications and higher costs in the future due to refugees not getting early treatment for medical problems, increase the load on emergency departments, and lead to an increase in public health threats from contagious diseases like tuberculosis.