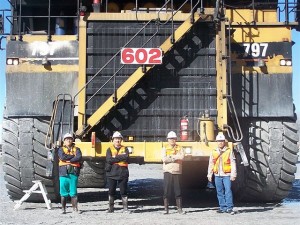 Resource hubs like northern Alberta's oil sands offer prospective immigrants numerous jobs, which can be the best first step to immigrating to Canada

When Americans look for a country to flee to in the event of their favoured candidate losing the presidential elections, they inevitably look to Canada, their (mostly) English speaking cousin to the North.

For the past three decades, it has been predominantly supporters of Democratic candidates that have made the immigration ultimatum, as Canada has been perceived to align with their party on foreign policy, income redistribution, and cultural issues.

This election season though, the warnings of immigrating to Canada have taken on a more bi-partisan quality, as Canada’s lower government debt levels, stronger economy, tighter control over illegal immigration, more reserved culture, and what many perceive as overall more functional governance, appeals to many conservative-leaning voters.

The growing appeal of Canada to American conservatives also stems from a strong personal dislike that many of them have for Obama, for reasons both ridiculous/bigoted – e.g. conspiracy theories of Obama being a secret Muslim – and ideological.

Whatever the appeal, the number of Americans who actually follow through with their threats and make the move is few. There is no statistically significant spike in immigration levels from the U.S. following presidential elections.

The length and complexity of the Canadian immigration process requires a significant investment of time and a long-term commitment that political passions typically do not motivate.

If you are an American and, having read all of this, still intend to move to Canada, keep these points in mind:

As an American, you can take comfort in the fact that you will likely have an easier time immigrating than the nationals of many other countries, as proficiency in one of Canada’s official languages (English and French), is one of the most important criteria in Citizenship and Immigration Canada’s assessment of a permanent residence application.