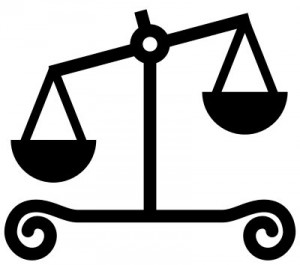 The family of a young Albertan woman who police believe was murdered by a convicted drug dealer from Somalia calls the federal government’s failure to deport the suspected perpetrator, “sickening”.

Arriving in Canada in 1993 as a refugee, and acquiring permanent residency in 1997, suspected murderer Bashir Gaashaan soon fell into a life of crime, and in 2009, due to two convictions that constituted “serious criminality”, faced a hearing at the Immigration and Refugee Board (IRB), where the Canada Border Services Agency (CBSA) asked that he be deported, and detained until his day of deportation, due to being a flight risk and a danger to the public.

The board ordered the deportation but, according to documents gathered by the Calgary Sun, argued that it would unfair to hold Gaashaan until he was deported, as the deportation process could be lengthy:

Because Gaashaan arrived from Somalia as a refugee in 1993, the CBSA couldn’t deport him without a “danger opinion”.

That’s an order issued by the Minister of Immigration, stating the danger to Canada outweighs the risk to an individual being sent back to a potentially unsafe country.

Being federal paperwork with legal status, danger opinions are very slow in being completed — and time waiting in jail would have been unfair to poor Gaashaan.

“So if he’s detained, detention is likely to be lengthy. I know that it’s difficult to remove to Somalia at the best of times. Taking all of that into account, I think that the appropriate thing is to release him on terms and conditions,” states the ruling.

Less than two years later, on June 16, 2011, police charged Gaashaan with first-degree murder, unlawful confinement, offering an indignity to human remains, and sexual assault, in the death of Jenna Cartwright, 21, of Red Deer, Alberta, as well trafficking in cocaine.

Jenna Cartwright’s twin sister, Marissa Cartwright, said she is furious about the handling of Gaashaan’s deportation. “I’m so angry, even more angry than before — the whole thing is sickening,” she told the media.

She added that she felt “betrayed” by the government:

“I cannot believe this has happened, I honestly feel betrayed by our government — we should be able to rely on our government and know they are keeping us safe.”

The failure of the refugee board to place Gaashaan in detention after he was ordered deported is being seen by many as an example of the immigration and refugee system being more concerned with political correctness than national interests.

The public response could lead to pressure on the federal government to speed up the deportation process, which has already been reformed in the past year to address a wave of bogus asylum claims from Hungary.

It could also lead to individuals who have been ordered deported more often being held in detention until their deportation, and new monitoring technologies like electronic bracelets being deployed on a large scale in asylum and deportation cases.