VANCOUVER, BC, Oct. 14, 2012 – There has been no shortage of books about Muslims since September 11, 2001. Many of them have warned that recent waves of immigration have already turned countries such as France and Britain into “Eurabia.” 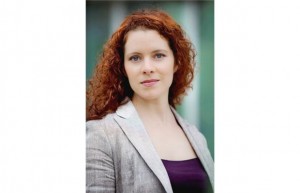 On this side of the Atlantic, such migration is said to represent “medieval authoritarianism that has no place in the democratic American environment.” Others have alleged that the migrants’ religion directs them “to treat Christians as servants and permits (them) to violate Christian women.”

The first quote is from Paul Blanshard on Catholic immigrants in 1949, and the second from German August Rohling on Jewish ones in the late 19th century.

In his concise new book, The Myth of the Muslim Tide, journalist Doug Saunders of the Globe and Mail addresses the prevailing fear about visibly Muslim immigrants. The author of the award winning book Arrival City, Saunders has studied migration and marginalised populations before. He puts the influx of Muslim immigration in the context of previous waves of newcomers.

What is striking is how unoriginal most of the anti-Muslim writing is. Every large and visibly different group of migrants has been given much the same reception. Take, for example, the comment of Canadian commissioner for overseas immigration, Laval Fortier. He wrote that the Italian “is not the type we are looking for in Canada. His standard of living, his way of life, even his civilisation seems so different that I doubt if he could even become an asset to our country.” Most Canadians today would be astonished by this claim, but in the wake of World War II Italians were seen as lazy, prone to crime and authoritarianism, and Catholic.

Catholics, like Jews and Eastern Europeans generally, were seen as outside the boundaries of “our civilisation”, feared as disloyal, and a potentially undermining influence. This attitude was satirised by Canadian poet Earle Birney in his “Anglosaxon Street”, where he writes “Here is a ghetto gotten for goyim/ O with care denuded of nigger and kike”.

The successful integration of Catholic Europeans, Jews, and more recently South Asians, all of whom formerly huddled in ethnic neighborhoods under a cloud of suspicion, is ignored by our current alarmists. Authors like Mark Steyn, Niall Ferguson, Pamela Gellar, and Bat Ye’or warn that western civilisation is about to be submerged by a tide of Muslims seeking to Islamise us all.

Saunders systematically deals with each claim, providing clear documentation and hard data. Will a fast growing Muslim population soon be a majority in Europe? According to a comprehensive Pew Study, they will comprise a maximum of 8 per cent of the population by 2030. Temporarily higher birth rates among new immigrants swiftly fall to match those of the mainstream population.

Are Muslims in the west alienated and angry? Quite the contrary. In fact, they routinely score higher than mainstream populations on surveys measuring national pride and identification. Fully 83 per cent of British Muslims are proud to be citizens, compared to 79 per cent of non-Muslims. Approval of democratic institutions in France is at 69 per cent among Muslims, and 58 per cent generally.

A dominant fear is that Muslim arrivals are inevitably linked to the risk of terrorism. In fact, across Europe in 2010 there were 249 terrorist attacks – three of them linked to Islamic ideology. The rest were carried out by separatists, anarchists, and others, none of them Muslim.

Despite the fact that these and many other claims about Muslim immigrants are unsupported by facts, Islamophobia has infiltrated politics on both sides of the Atlantic. A member of Arkansas’ House of Representatives, John Fuqua, was recently heard to remark that “I see no solution to the Muslim problem short of expelling all followers of the religion.” The prevailing suspicion has also allowed a frightening erosion of legal protections for civil liberties, so that Muslim men like Adnan Latif have died in their cells after years of imprisonment without charge in Guantanamo Bay.

Meanwhile, in 2012 alone, mosques have been vandalised in Gatineau, Winnipeg, and Charlottetown, and veiled Muslim women attacked in Kingston, Ontario and New Glasgow, Nova Scotia. This is a disturbing but unsurprising result of the belief that Muslims are a threat because of their religion.

The Myth of the Muslim Tide is a tightly documented demolition of the hysterical anti-Muslim polemics that have become so common. Doug Saunders reminds us of the forgotten history we seemed determined to repeat.

Eva Sajoo is a Research Associate with the Centre for the Comparative Study of Muslim Societies and Cultures at Simon Fraser University in Vancouver. She has a graduate degree in International Development and Education from the University of London. Her published academic writing focuses on the rights of women and minorities. She has contributed widely to publications on Islam and the Muslim world. Eva has taught at the University of British Columbia, and the Beijing University of Science and Technology. She currently teaches at SFU.