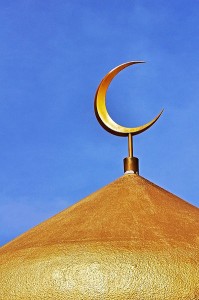 Criticized by some, and welcomed by others, Canada’s small Islamic banking sector is growing as Canadian Muslims look for financial products that are consistent with their religious values

Amid the headlines in recent weeks of a group of Muslim extremists plotting a terrorist attack in Canada, a look at some of the mundane ways in which Canada’s growing Muslim communities are having an impact can be a refreshing reminder that the bad apples are few and far between, and that the majority of Muslim-Canadians are ordinary individuals who strive to lead productive lives and contribute positively to their country.

The rising profile of the “Islamic banking” industry is one of these ways, and on Friday the Hamilton Spectator published a story detailing its exposure in Canada and how it works:

If Islamic finance prohibits charging interest (riba), how do they function? Ensuring fair play is at the core of Islamic banking. As such, the principle of “risk-sharing” is a critical component. In essence, the Islamic bank becomes a business partner with the customer. For example, a car lease is appropriate because the bank has a stake in the ownership of the car. There are two principle financing arrangements offered to borrowers: murabaha (instalment sale) and ijara (redeemable lease). In the murabaha example, the bank buys the asset (e.g. large screen television) and then resells it to the customer at a higher price while the customer still uses it.

Islamic banking has been growing at 10-15 percent a year globally over the last decade. It forbids profit through interest, speculation, uncertainty, exploitation, and funding activities prohibited to Muslims, including consumption of pork, gambling and alcohol.

Various work-arounds are used by Islamic banks to earn a profit while complying with the prohibition to charge interest, like providing capital through purchases of equity instead of debt. Often these arrangements make the financial instruments in effect very similar to interest-based lending, leading some to criticize it as dishonestly advertised for profit, or to promote Islam.

The sector’s supporters say it provides a means by which people can bank in accordance with their values by avoiding lending at very high interest rates or providing funding to activities they are religiously and/or ethically opposed to, like the production of pornography or alcoholic beverages.

Canada’s Islamic banking sector is still relatively small compared to that of other Western countries. The recent bankruptcy, along with reports of corruption by its top executives, of UM Financial, which billed itself as a sharia-compliant mortgage issuer, has been a setback for the sector, but it is likely it will continue to see growth in the coming years given the rising population of Canadian Muslims, which now number nearly one million.