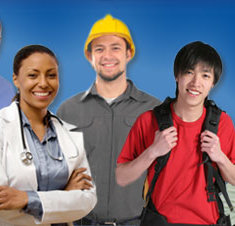 CIC’s most recent update shows 1,103 of the 5,000 spots in the quota have been filled for the Federal Skilled Worker Program (Government of Canada)

The Federal Skilled Worker Program (FSWP), the mainstay of Canadian economic class immigration, has reached the maximum allowable applications in two of the 24 eligible occupations.

In a recent update from Citizenship and Immigration Canada (CIC), financial and investment analysts and computer programmers and interactive media developers are shown as having reached their respective caps.

The total number of applications received in all occupation is currently at 1,103, leaving 3,897 spots left in the FSWP for the one year quota period.

Of the occupations still accepting applications, computer engineers (except software engineers/designers) is currently closest to its cap, with CIC reporting 116 applications received.

On the other end of the spectrum, CIC reports zero audiologists and speech-language pathologists applications received and only one application received for each of the mining engineers and petroleum engineers occupations.