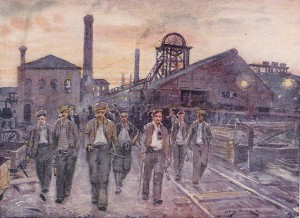 An article in Monday’s Vancouver Sun blames trade and professional associations for hampering the economic integration of Canadian immigrants.

The story, by columnist Don Cayo, cites a new report by Canadian researchers that finds that occupational licensing is preventing immigrants to Canada from working in their field of study, at a cost of $2-5.9 billion a year to the country’s economy.

The Canadian Labour Market and Skills Researcher Network (CLSRN) report notes that a full 20 percent of workers in the Canadian labour market now work in an occupation that requires a license, and that these licenses create significant barriers to entry that take up to a decade for a new immigrant to overcome.

Drawing from several studies authored by CLSRN researchers, the report finds that the average Canadian immigrant experiences an immediate drop in the skill level of their occupation upon arriving in Canada, and that even after four years, only 20 percent of women and 25 percent of men are working in their pre-immigration occupation.

Commenting on the report’s findings, Cayo says the mismatch between immigrants’ work experience and their post-immigration occupation is due to self-regulating trade and professional associations imposing licensing requirements in order to limit competition to their members:

Self-serving self-regulators are capable of a lot of sanctimonious bumph — and of greatly complicating accreditation procedures — to minimize the competition and protect their comfortable sinecures. Simply put, the old boys are way too prone to put down the “new kids on the block.”

He argues that unless self-regulating labour associations reduce regulatory barriers to entry in their fields, the government should repeal their regulatory powers.

One possible explanation is the shift to an immigration selection criteria that favours foreign professionals who are trained for occupations that are regulated in Canada, like teachers, nurses, doctors, lawyers, engineers and veterinarians.