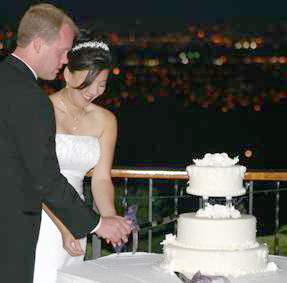 Citizenship and Immigration Canada (CIC) introduced new spousal immigration sponsorship regulations today to reduce the incidence of marriage fraud. The new rules require sponsored spouses who have no children with their sponsor to be in a live-in relationship with their spouse for two years to get full permanent residence status.

Under rules in place until today’s announcement, a sponsored spouse received permanent residence on the day they arrived in Canada, and subsequently could leave their spouse and retain their residency status in Canada.

Calls to reform immigration sponsorship rules have increased as several high-profile cases, like those of Lainie Towell and Heinz Munz, have brought the issue of foreign spouses leaving their Canadian husbands and wives soon after arriving in Canada to the public’s attention.

The new rules will not apply to sponsored spouses who have a child with their sponsor on the date of their spousal sponsorship application submission. The regulation also includes an exemption for sponsored spouses or partners who suffer abuse or neglect from their Canadian partner or someone related to their partner.

Those not exempt from the regulation must be in a relationship with their sponsoring spouse or partner for two years from the date that they receive their permanent residency or have their status in Canada revoked.

“I have consulted widely with Canadians, and especially with victims of marriage fraud, who have told me clearly that we must take action to stop this abuse of our immigration system,” said Citizenship and Immigration Minister Jason Kenney in announcing the new rules.

“Sometimes the sponsor in Canada is being duped and sometimes it’s a commercial transaction. Implementing a two-year conditional permanent residence period will help deter marriage fraud, prevent the callous victimization of innocent Canadians and help us put an end to these scams.”

Until today’s announcement, Canada was one of the few countries that did not have an initial conditional permanent residence period for foreign nationals sponsored for immigration by a spouse, and consequently, CIC says was considered a “soft target” by criminal organizations seeking to exploit Canadian immigration rules.

Several large-scale marriage scams have been uncovered in recent years, including the case of over 600 people involved in trading marriage sponsorships for money between 2007 and 2009.