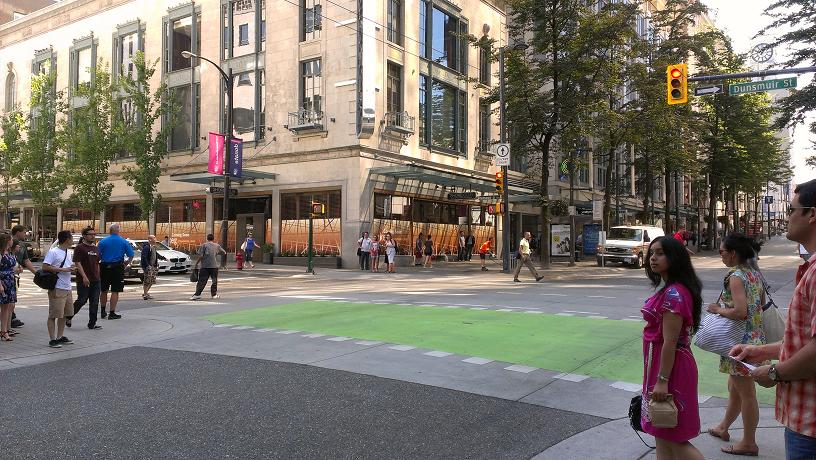 Granville St in Vancouver. Thirty-one percent of Vancouver's population now speaks a language other than English or French at home, according to the latest census data (CICS News)

Twenty percent of the Canadian population now speaks a language other than French or English at home, according to the latest census information released by Statistics Canada.

The statistics point to immigration’s transformational effect on Canadian demography and culture, as hundreds of thousands of people from primarily non-English and French speaking countries settle in Canada each year.

According to the census, the fastest growing non-English-or-French languages in Canada between 2006 and 2011 were:

The list closely mirrors immigration trends, with the Philippines, India and China as the largest sources of immigrants to Canada:

Among metropolitan areas, the highest concentration of non-English and French language speakers was found in Toronto, with 32.2% speaking another language at home. The most commonly spoken immigrant languages in Toronto were found to be Cantonese, Punjabi, Chinese n.o.s., Urdu and Tamil.

Montréal had a significantly lower proportion of immigrant language speakers than Toronto and Vancouver, at 16.5% of its population.