Study Shows Immigrants Have Larger Babies After Moving to Canada 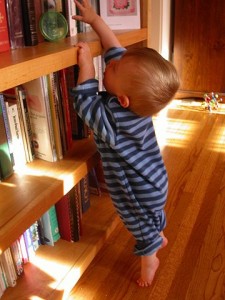 Immigrant women give birth to larger babies than women in their country of origin, according to a study by St. Michael’s Hospital researcher Dr. Joel Ray (John Markos O’Neill)

A study by St. Michael’s Hospital researcher Dr. Joel Ray finds that immigrant women give birth to larger babies than women from their native country, but still smaller than babies born to Canadian-born women.

The study, which appears in the journal of Paediatric and Perinatal Epidemiology, finds that male babies of immigrant women weigh on average 115 grams more than babies in the immigrant woman’s country of origin, while female babies weight 112 grams more.

The cause of the weight difference is likely the higher income of Canadian immigrants compared to the population they immigrated from, due to selective immigration rules that require high education and career achievements to qualify for immigration to Canada, according to Dr. Ray.

Dr. Ray writes that the difference could also be due to immigrants consuming more calories and getting less exercise than when they lived in their native countries, resulting in both them and their babies being bigger.

Previous studies have shown that Canadian immigrants have better health indicators than the average Canadian upon arriving in the country, but that their health status quickly degrades as they stay in Canada longer.