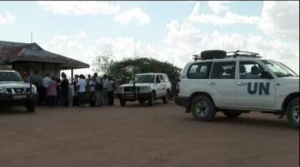 A refugee camp in Africa. The Canadian government resettles over 10 percent of the refugees settled annually worldwide (Citizenship and Immigration Canada)

As part of an effort to reduce the number of bogus asylum claims made in Canada, the federal government has added eight countries to its list of designated countries of origin, which are those it considers as having strong protection of human rights, and from which genuine refugees are unlikely to originate.

Asylum claimants from the now 35 designated countries of origin will still be able to file a claim with the Refugee Board of Canada (IRB), but they will receive a hearing within an expedited 30-45 day period, instead of the 60 days that individuals from non-designated countries will wait.

Individuals from designated countries of origin will also not have the recently created, quasi-judicial, Refugee Appeals Division (RAD) available to them, although they will still be able to appeal their decision in federal court.

The removal of access to the RAD from those originating from safe countries is intended to alleviate a major problem of those whose claims are rejected delaying their removal from the country through appeals, allowing them to stay in Canada for years, and collect thousands of dollars in social assistance, until they have finally exhausted the appeals process.

The eight countries categorized as designated countries of origin are:

The introduction of expedited processing of asylum claims from designated countries puts Canada in the company of a number of other countries who withhold full access to their refugee system from claimants originating from countries deemed ‘safe’, including the United Kingdom, Ireland, France, Germany, the Netherlands, Norway, Switzerland, Belgium and Finland.