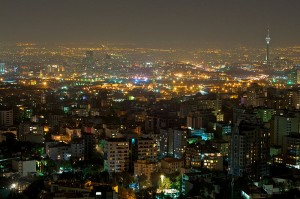 The Harper government ordered the Canadian embassy in Tehran, Iran, picture above, to be closed and has given all Iranian diplomats five days to leave Ottawa, Canada.

In a surprise announcement today, the Harper government said that it is closing the Canadian embassy in Tehran and expelling all Iranian diplomats from Canada.

Many political commentators were puzzled by the abrupt decision, as there have been no recent public developments in the Iranian-Canadian relationship that seemingly could have motivated the move.

Foreign Affairs Minister John Baird, a known anti-Iran hawk and supporter of Israel’s hard-line Likud government, said that “[Iran] routinely threatens the existence of Israel and engages in racist anti-Semitic rhetoric and incitement to genocide” to explain the cause of the closure. Baird also said the closure was motivated by worries about the safety of Canadian diplomats in Iran.

One potential explanation for the timing of the closure is that the Harper government is facing a deadline from the Justice for Victims of Terrorism Act, legislation it passed in March that makes countries on a special list exempt from immunity to lawsuits for culpability in terrorist attacks worldwide. The deadline for the compilation of that list was six months after the passing of the legislation, a date coming up next week.

Reacting to the news, the Iranian Foreign Ministry spokesman Ramin Mehmanparst described the Harper government as having a “radical foreign policy” that placed Israel’s interests ahead of those of Canadians. A message on the website of the Embassy of Iran in Canada said:

“According to the hostile decision of the Canadian government, the Iranian embassy in Ottawa has been closed and inevitably any consulate services for fellow Iranians has stopped. Please avoid sending any consulate affairs documents. The Embassy is closed”

Many in Canada’s large Iranian-Canadian community expressed shock at the decision. The termination of diplomatic relations will affect the many Iranian-Canadians who regularly visit family in Iran by eliminating consular services on both sides of the trip.

Several Iranian pro-democracy activists also expressed concern about the termination of diplomatic contact as they said it would close off the most important avenue through which the Canadian government exerts pressure on the Iranian government to release Iranian-Canadian political prisons and commute death sentences.