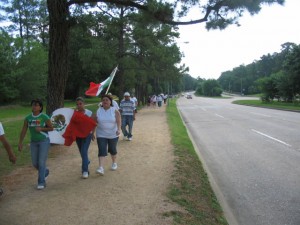 In a special to the Vancouver Sun on Tuesday, a Simon Fraser University professor of economics, Herbert Grubel, argues that immigration costs Canadians up to $20 billion a year when all the costs and benefits are tallied.

Grubel, who is also a senior research fellow at the Fraser Institute, goes through some of recent findings on the economic effects of immigration from studies in various countries to come to his estimate.

The first is an American study which found that immigrants have increased the annual national income of the U.S. by $1.6 trillion, while receiving $1.565 trillion in labour compensation, with the remaining $35 billion going to natural-born Americans.

Extrapolating these findings to Canada, Grubel estimates the “immigration effect” results in $3.5 billion in increased income in Canada.

Another conclusion of the American study, says Grubel, is that immigration has resulted in a shift in income from workers to employers, with employer earnings seeing a $43.5 billion increase and worker earnings decreasing by $40 billion.

This redistribution of income, argues Grubel, results in calls on the government to increase taxes on employers and increase subsidies for workers, which harms incentives that promote productivity, which could cost the Canadian economy more than the $3.5 billion worth of benefits that the immigration effect provides.

In addition to the costs linked to the effects of immigration on employer-employee income shares, Grubel cites a study he helped conduct at the Fraser Institute that found that recent immigrants also increase the annual fiscal burden by $20 billion, because they pay half as much in taxes as native-born Canadians, while receiving the same government benefits.

Grubel says a recent French study has similar findings, with both studies assessing a per recent-immigrant fiscal burden that amounts to approximately 1 percent of GDP for Canada’s immigration population size.

Other supposed benefits of immigration are non-existent or negative according to Grubel. For example he says that the boost immigration gives to tax funds available for education and Social Security is offset by the increased costs it burdens these programs with.

Grubel concludes that Canada should reduce immigration and only admit those with a high enough income earning and tax paying potential to increase the average income of native-born Canadians.