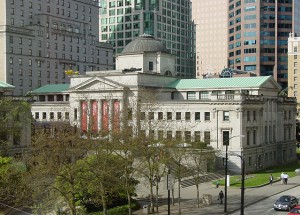 Vancouver placed third in the Economist's annual liveability ranking for the second year in a row, after spending most of the last decade in first place

The Economist’s annual liveability ranking was published on Tuesday and it placed three Canadian cities, Vancouver, Toronto and Calgary, in the top 10.

Vancouver placed third for the second year in a row, failing once again to regain the first place position that it had held in the rankings for nine consecutive years until 2010. Ahead of Vancouver is Melbourne, Australia, which came in first, and Vienna, Austria, which placed second.

The index does not factor in cost of living, which worked in favour of Melbourne, as it placed 15th worldwide in Mercer’s annual cost of living survey this year, far ahead of Vancouver and Toronto which placed 63rd and 61st worldwide respectively.